Learn about WWII and why the WW2 generation is often called the “Greatest Generation.” 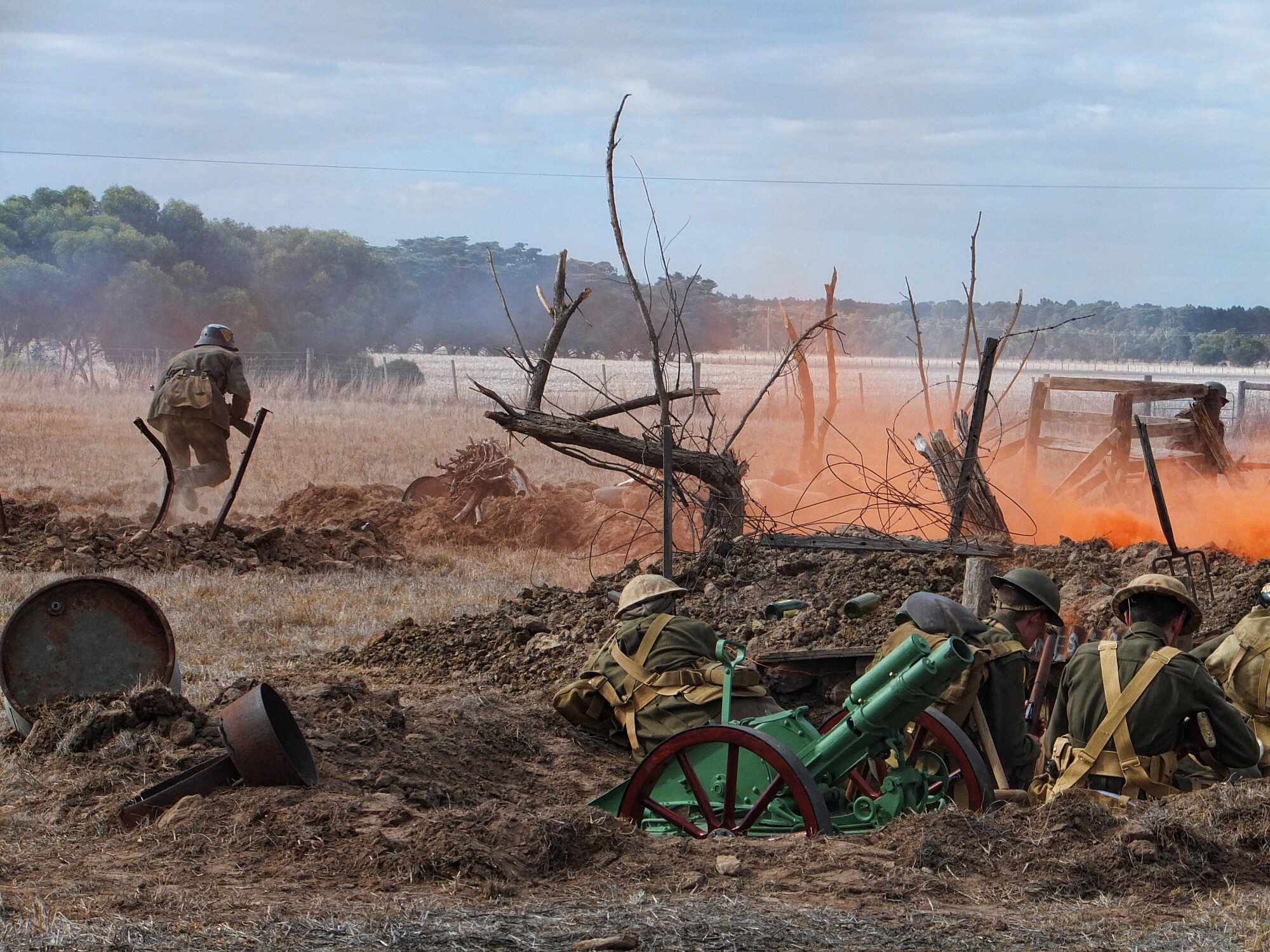 Learn about WWII and why the WW2 generation is often called the “Greatest Generation.”

Finding WW2 facts for kids that are educational and relevant can be challenging. Enrich your children’s knowledge of WWII particulars, with lesser-known details. Why is this important? Because surveys find there is a shocking lack of Holocaust knowledge among younger generations.

This article will help educators and parents combat these concerns and teach kids about World War II.

1. WW2 Was a Battle Between Two Sides

The terms used for the two sides in the war were the “Allied” and the “Axis” powers. The most prominent Allied powers were Britain, France, Russia, China, and the United States. The main Axis powers were Germany, Italy, and Japan.

While the Axis Powers fell to unfortunate dictatorships, it’s important to remember that the people of their countries are not to blame. Today, Germany, Japan, and Italy are some of the closest allies of the United States.

World War II began when Germany invaded Poland on September 1, 1939. In response to this aggression, Great Britain and France declared war on Germany.

WW2 brought everybody into action. Any men of fighting age were encouraged to join the fight, and recruiting and training for battle became swift. Men fought on both sides of the ocean in record numbers, while the women and children fought hard to support the war efforts at home.

The people who fought in World War 2 are often called the “Greatest Generation.” It took a lot of collaboration and effort from everybody in the U.S., Britain, and the Allied powers to come together for the common good.

3. WW2 Was Our Last War…Technically

The U.S. has engaged in several armed conflicts since WWII. However, to be “at war” legally in the U.S., congress has to declare war officially. This is part of our constitution.

The last time congress declared war was in 1942 against Hungary, Bulgaria, and Romania. These were members of the Axis powers. Since then, there has been no official declaration of war.

Before World War 2, the leaders in charge of the Axis powers were making some bad decisions. Not only were they hurting others, but they were hurting their populations.

The people of Germany and Italy had been suffering due to the Great Depression. This was when most of the world’s money was in the hands of a few people. As a result, many were poor and faced starvation.

In the United States and many Allied powers, people turned to democracy as a solution. Democracy means that the country’s citizens get to pick their leaders to represent their voices. As a result, the citizens voted for officials to help them escape the Great Depression and prosper.

Unfortunately, some bad people in the Axis powers decided to take advantage of those who were suffering. They would promise them better lives only to go back on their promises once in power. The most infamous figure was a man named Adolf Hitler in Germany.

He founded the Nazi Party and, once in power, decided to occupy more land by invading Poland.

In a democracy, elected officials are supposed to help those that voted them into office. But unfortunately, the Nazi Party, under Hitler’s direction, chose to hurt and kill some of their people.

The types of German people Hitler targeted were those of Jewish ancestry, those with diminished physical abilities, and others that did not live up to Hitler’s vision of the “perfect race,” also known as the “Aryan race.”

However, Hitler still had to maintain the support of the majority of the public to stay in power. So, how did he do that?

He did so by blaming problems in the country on these targeted groups of people.

This is another reason why the Allied Forces had to step in. Many Germans were unaware that their elected politicians were doing this initially, but it had to be stopped. Hitler and his Nazi Party killed over 6 million Jews, known as the Holocaust. Other groups were also targeted by the Nazis, including:

During the Holocaust, the Nazis would gather Jewish people from their homes and send them to concentration camps. As a result, many Jewish people were forced into hiding or exile, fleeing to safer places, including the United States and Shanghai, China.

The Holocaust was a form of genocide, the killing of one group of people.

7. Women Worked on the Homefront

While men were typically the workers of the American household at the time, most went to war. This led women to take over many essential roles in the workplace. Heard of Rosie the Riveter? She became a WW2 culture icon for a long line of women working in factories, manufacturing airplanes, ships, and more.

Women produced everything from tanks to ammunition and supplies.

The U.S. was using so much copper for ammunition that pennies from that era were made with the same metals as nickels and dimes.

Although women were not allowed to fight in the war, they helped in other valuable ways. One good example is the famous  WASP, Women Airforce Service Pilots, a program started by the military to enlist and train pilots to ferry airplanes between factories to airfields domestically, along with other flight duties, to free up male pilots needed to fight on the frontline.

Fortunately, the U.S. had the help of its entire population to get through the war, and it wasn’t just women!

Kids were an enormous help in the war efforts. Children would buy stamps for war bonds, can food with their mothers, collect scrap metals, and grow produce in “Victory Gardens” at home and in schools. These efforts helped feed local communities and enabled more food to be sent to the fighting men abroad.

Because of the massive demand for raw materials such as metal and rubber to produce weaponry, metal drives and save-the-rubber initiatives were held throughout the country. Children and their families collected and delivered these raw materials.

Children also played an important part in raising funds by buying and collecting stamps in exchange for war bonds, which Uncle Sam used to finance the war efforts. This approach helped the U.S. win the war and lift the country out of the Great Depression!

WWII cost the U.S. Government over $300 billion, that’s about $4 trillion in today’s money. Americans purchased bonds worth a total of $180+ billion. So war bonds financed 60% of the cost of World War II.

Our book Flying Fillies includes actual photographs of this. Order your copy today. 🙂

9. What Are Some Famous Battles of WW2?

World War II battles were divided into two theaters:  The European Theater referred to battles occurring in Europe. and The Pacific Theater for battles fought over the Pacific regions.

The Battle of Britain

Initiated by Germany, and taking place over the skies of Great Britain, the Battle of Britain was the first major military campaign ever fought entirely by air forces. This battle of the aircraft lasted from July 10 to October 31, 1940. Germany’s Air Force was called the Luftwaffe and Britain’s was the Royal Air Force (RAF).

This air strike happened in the early days of World War II. On April 18, 1942, the United States launched an air raid on Tokyo, the capital city of Japan in retaliation for Pearl Harbor on December 7, 1941. The successful operation, led by Lieutenant Colonel James Doolittle, boosted American morale and caused Japan to pull many of its military forces back to protect its homeland.

Although the Doolittle Raid was a successful air strike against the Japanese, a horrific consequence resulted in the Japanese reprisal toward the Chinese, killing 250,000 civilians and 70,000 soldiers in China for protecting the American airmen.

The Invasion of Normandy, June 6, 1944. Also known as D-Day, this was the largest seaborne invasion in history. More than 160,000 Allied troops landed along 50 miles of the French coastland of Normandy. More than 5,000 ships including aircraft carriers and 13,000 aircraft supported the soldiers, but the Allied suffered a great loss as 9,000 soldiers were killed or wounded.

The Battle of the Bulge

This battle began on December 16, 1944, and lasted about 5 weeks. It was an offensive move from Germany through the Ardennes forest between Belgium and Luxembourg. Germany used up all of its resources and lost, leaving a big hole for the Allies to drive through towards Germany.

Toward the end, Britain, the dominant world power for centuries, was close to losing the war. The U.S. was busy fighting across two oceans. Things looked bleak.

With each Axis battle victory, Allied strategic planners were preparing for a post-war world largely controlled by Germany. Fortunately, the Soviet Union began making advances after being severely beaten by the Germans earlier in the war. Then, with the help of superior U.S. and British spy intelligence, Nazi Germany was defeated. Germany surrendered on May 7th, 1945.

For Japan, the war appeared to be never-ending until President Harry Truman made a difficult decision, which was agreed to by the Allied leaders including Joseph Stalin, premier of the Soviet Union, and Clement Attlee, Britain’s prime minister (who succeeded Winston Churchill), officially warning Japan: Surrender or suffer “prompt and utter destruction.”

Japan heeded no such warning. Then atomic bomb attacks were ordered with the two newly invented, most potent weapons until then–the atomic bombs known as “Little Boy” and “Fat Man.” These bombs were dropped over Hiroshima on August 6 and Nagasaki on August 9, 1945. Six days later, on August 15, Japan surrendered.

Let’s wrap up with some common questions about World War II.

How Long Did the War Last?

Why Did People Listen to Hitler?

Hitler spread propaganda, or false information, to convince people that the country’s problems were caused by the Jewish people. Many rejected this notion until Hitler rose to power as he then used force to accomplish what he wanted.

How Many People Died in WWII?

While Hitler killed 6 million innocent Jews, the total death toll of World War II was much higher. Worldwide, it’s estimated that 60 million people died in World War Two, mostly civilians. However, some estimates are as high as 75 million.

Did Every Country Fight in WW2?

While it is called a “World War,” not every country fought. For example, in Europe, Spain and Switzerland stayed neutral. Many other larger countries stayed neutral, especially in Asia, Latin America, and Africa.

Now that you know how to share some stories of WW2 for kids put these in your next lesson plan! Understanding how these events took place (and why) will help children better understand the world we live in today. 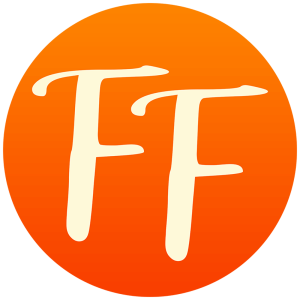 Christy Hui is an award-winning writer/producer for works including Xiaolin Showdown, Xiaolin Chronicles, and 9 Dragons Tea. Her debut novel, Flying Fillies, spotlights female empowerment—a theme near and dear to her heart.

A movie about tea documenting her mystical journey from China and her dramatic impact on the culture and history of the world.